Has society really sunk so low to question what art is, if just a banana carelessly taped to a wall is even in consideration?  Maybe this banana is sprinkled with magic star dust and will give the viewer superpowers?

If a group of five-year-old's were given the choice to identify which picture is art and which one is just silly – the Cattelan banana taped to the wall or the Mona Lisa by Leonardo Divinci –I’d surmise the overwhelming majority would pick the Mona Lisa as art and the banana as just being silly.

A child knows what art is…

A child draws pictures before learning to write.

A child dances to show delight.

A child sings in delight before speaking.

Art is inherent in the human species.

Many artworks of humans have been found in caves like the recent discovery from Indonesia dated some 40,000 years ago.  More on that can be viewed in this National Geographics Article.  Art is inherent to the human species – it has been the vehicle medium for the alphabet and regional pictorial representation of common sound which we all now know as letters.  Art is what makes us human – it is food for the soul.  A banana is food for the physical body.

The artist Cattelan was successful by way of selling three bananas at Art Basel Miami 2019 but that does not make it brilliant art.  Had the bananas not sold then what would we have to talk about?  It seems the artist is successful regardless of the the quality of work. It would seem that the message potrayed is that art is not important and that artists are just scammers looking to con the next unsuspecting art collector.  Perhaps it’s a message from the art world saying that twice the annual salary of the working class median is no more valuable than even one banana taped to the wall! 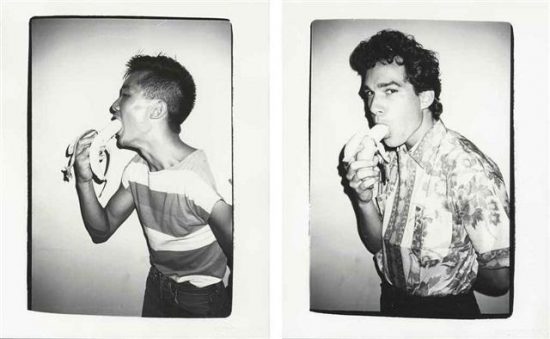 I may not be bona fide art critic whose opinion is the holy grail, but a banana taped to a wall is not good art by any stretch of the imagination.  It’s not even original art as Andy Warhol did the banana thing in 1967 for the album cover of Velvet Underground – more available in this article about the whole banana stunt including a comedian stunt of Benjamin Liu eating a banana which ended in a lawsuit and the relation to David Datuna eating the banana after all three bananas sold from Perrotin Gallery in Miami Basel 2019.

Obviously a laugh and being part of the joke is worth $120K to a very select few.  Perhaps the buyers are supporters of his work.  Who knows? – The artist leaves us with a mystery.

Why should anyone care and why do I care?

The Cattelan Banana tape to the wall made headlines and not just in the art world.  Everyone is talking about Cattelan’s banana named Comedian, even multi-cultural, syndicated publications including the New York Times.

The banana should be insulting to artists and all lower-to-mid-working class groups such as the Miami Janitors striking with what they call the “plátanito protest”.

The janitors striking in Florida gets the message across because of the banana stunt.  Let's suppose that, for a very few, paying $120,000 for art or other amusements, is like a janitor reaching into his trousers or purse and seeing how much change they have to buy a regular store banana for snack.  We all know of the expression “Let them eat cake” which most suppose was coined by Marie-Antoinette and is most likely not what she would say.  Now in today’s modern world the status quo is upheld, nothing really change except perhaps the elite class seems to be saying “Let them eat bananas”.  This sort of behavior ended with many losing their heads when the populace, such as represented by the  janitors who had enough.

Are the wealthy class out of touch with the working class?  As they can just get what they ask for they lose touch with those who are doing all the work.  They naturally become distant to being told they can’t have something because you don’t have enough for that. What they may not be understanding is that they get to be that way because the populace allows them.  They have the means but only if the population allows them to be entitled.  All it would take is for the population to say we no longer recognize your titles nor your currency.  If you want a banana you will have to earn it.

It becomes clear that the buyers of the bananas were not buying art. So what did they buy?  Are they supporting the artist and believe in his statement more than just the art he creates?  These patrons must know that it was just a banana taped to the wall, which is just silly, as any five-year-old can tell you.  Unless they are supporting an idealist..? Maybe we shouldn’t be so hasty to judge.  Just because one owns titles and currency it doesn’t make them evil nor does it make them stupid.  We all accepted the terms of the rules so it’s up to everyone (the human population) to change the rules as a whole if we don’t like them.

Why is it that there is only room for a few hundred artists in the world?  It’s an illusion.   All life is intimately related on this crazy planet and beyond.  We are all related by life, death and are therefore entitled to each. There are over 7 billion people on this crazy planet steaming with all sorts of life to which we are all related.  The illusion is that there is only a few thousand artworks worthwhile in the world because a few hundred tell us so.  The grande illusion is that art and the artist are just a scam and more of an investment.  Currency and titles are an illusion of worth.  Having wealth is no measure of intelligence or of ability, Like it or not – money shows itself to be a measure of power.

Like Cattelan, I get to be an artist because I am supported by my collectors who have purchased my paintings for whatever purpose they were inspired by.  For that I am very grateful, to my collectors regardless of their financial status.

I myself am a self-representing artist. I have enough of a following that buy my art to claim the title.  My opportunity came to me in 2004 in the form of the emergence of commerce over the internet.  This technology has turned everything upside down for a while.  It gave artist like myself a chance to have their works seen without gallery representation.  It gave the public an opportunity to buy good art without inflated prices.  Back then I was working as a Systems Analyst making a decent salary but not doing the work I love.  I started selling my paintings all over the world and approaching 3000 original BenWill's paintings spread across six of the seven continents.  Unfortunately, the plasticity of the internet is in danger because of the approaching demise of Net Neutrality.  Artists like myself need to have our works seen to sell thus earning a living wage.  Advertising and venue prices keep surging out of reach.  The opportunities from the past are quickly drying up.  Most artists can’t afford $50K plus for a vendor spot in Art Basel Miami resulting in our works not being seen.  Thus, there has been no real departure from the monarchies and churches of the Renaissance period or by old Rome when extravagances were held by the few while the many suffered.

The stunt by artist Cattelan at Art Basel Miami 2019 resulted in not selling just one banana but all three  banana’s for the low price of just $120,000 each… The last one to be eaten by a comedian, pun intended.

To a disprotionate of a few individuals, the selling of  the "Comedian" may not seem like a lot of money: $120K USD.  But to many it is an absurd amount to pay for a banana taped to the wall, a joke or even any artwork.

$120K will pay for a shanty thus being freed from landlords.

$120K will pay for a decent education.

$120K will pay for afterschool programs for children.

$120K will go a long way for those working $10 an hour – maybe not having to take a second or even third job just to keep a banana on the table after expenses.

We live in a world that is out of balance.  A world of the have and the have-nots.  The illusion is this concept of money being significant.  A person's accumilated wealth do not make them brilliant nor does it make them more valuable.  While the currency and titles they own may make them shrewd and powerful and capable to afford things including quality education, it doesn’t make them intelegent or more capable than many, many others.

The art world, in this instance, reflects what’s wrong, the imbalance of prosperity illustrated by this silly banana taped to a wall.  Artist become the court jesters.  Art Basel Miami is one of the world’s highest ranked art shows.  It is an event for the golden spoons of today’s socialites and the artists become the ballroom jesters for the overly wealthy who are kind of bored humans wanting to laugh and play like any child does.

Perhaps Cattelan is saying to the art world - You’re driving me bananas! You may purchase my art piece "Jesters Banana".  It's only slightly better then Cattelans "Comedian" banana.  It's better because it's all black (which is pretty cool) and the banana is frozen, thus will preserve better. It's mounted on archival mat board. You can even make a view-able wall case to keep it frozen.  It's currently being stored in my deep freezer.  I am asking  $150,000.01 USD for this gem.  I will even eat the banana if you so wish.  Or feel free to browse my other works which I spent a lot more time on and are much more affordable.  Either way I value my collectors regardles of status who have afforded me the ability to live and create art.